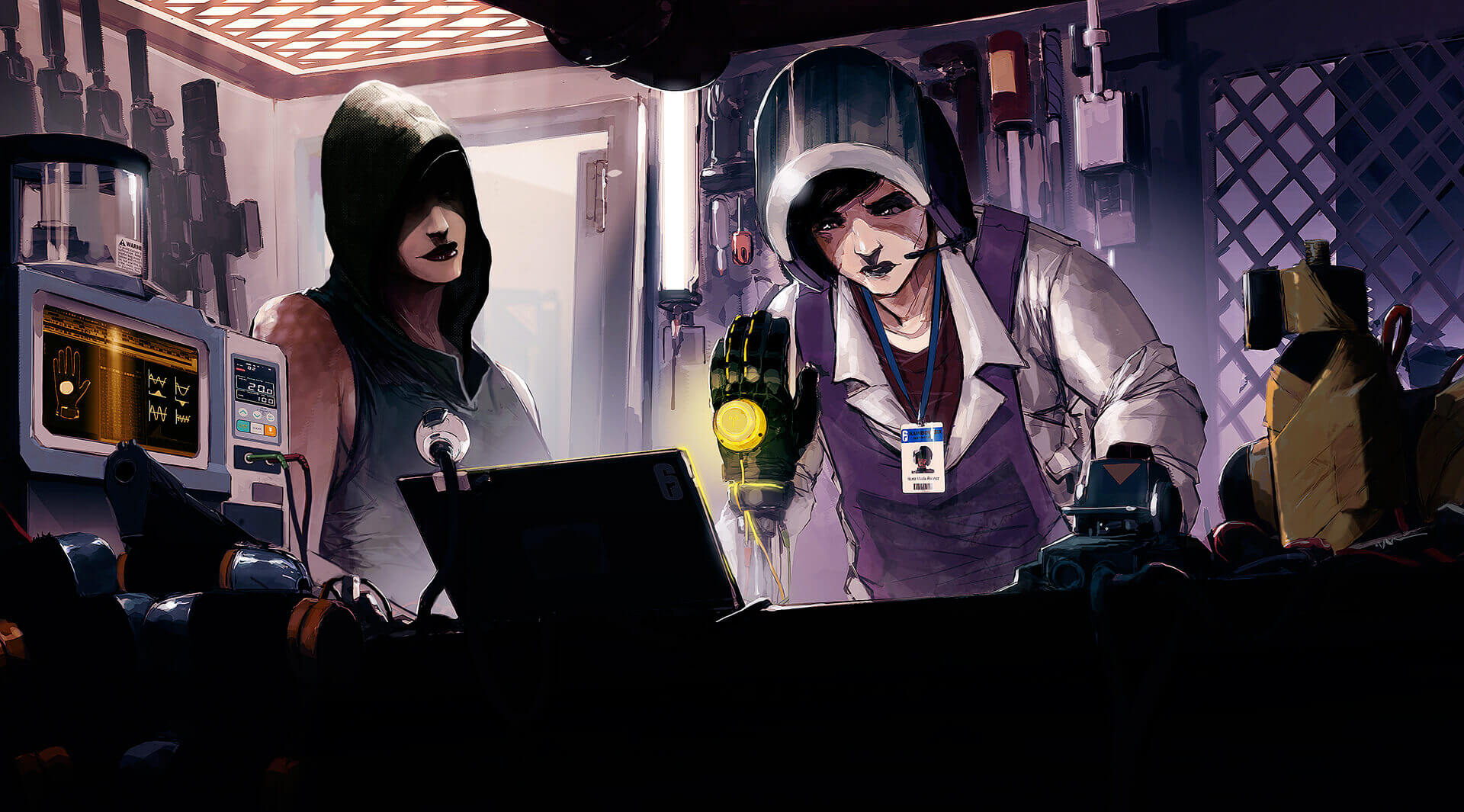 Did Ubisoft just tease a Season 3 operator before Nokk, Warden have even been released?

Everyone in the world of Rainbow Six Siege is eagerly awaiting the release of new Year 4 Season 2 operators Nokk and Warden, both of whom are bringing exciting new twists on already-designed abilities in the Siege environment. It's possible, however, that Ubisoft has already dropped the next clue to a Season 3 operator right on our heads, even as they tease the release of their latest additions to the Rainbow Six roster.

In a recently released backstory package that details both the Danish Jægerkorpset's journeys before Rainbow Six, and the Secret Service agent's galavanting before being press-ganged into his friend's covert operation squad, a blackboard holds the key to Season 3's gadgets.

The artwork features Nokk and fellow fan-favourite Mira working in the Rainbow Six workshop, potentially on a gadget that the Danish soldier will be using in-game when she releases early next month. In the background, it's clear both operators have been hard at work with theorycrafting, and sitting right there are a number of gadget designs.

Popular YouTuber Coreross has dived deeper into the possible leak. In his video, he calls back to leaks that the community saw spilling across the internet in the lead-up to Nokk and Warden - namely, that we'd have to "worry about reinforcing floor panels on the same level as defenders."

Funnily enough, neither Nokk nor Warden has abilities that make defenders want to do that, so it stands to reason that these leaked abilities were canned. But then again, the blackboard in the story art tells a different story - right there, plain as day, is the designs for a grappling hook.

This grappling hook on the blackboard could be a new attacker's ability, putting up a rope that all operators on the offensive could make use of to get into new areas on the map. It certainly matches with the leak, and the fact that Ubisoft's art is often chock-full of teases and hidden easter eggs means this is probably not a coincidence.

There are a few things we know about the upcoming operators in Season 3 as well, however. It's already been revealed we'll be taking a swing through the Americas for the next playable characters, with one featuring from Mexico, while another will hark from Peru.

Check out the full video from Coreross below: