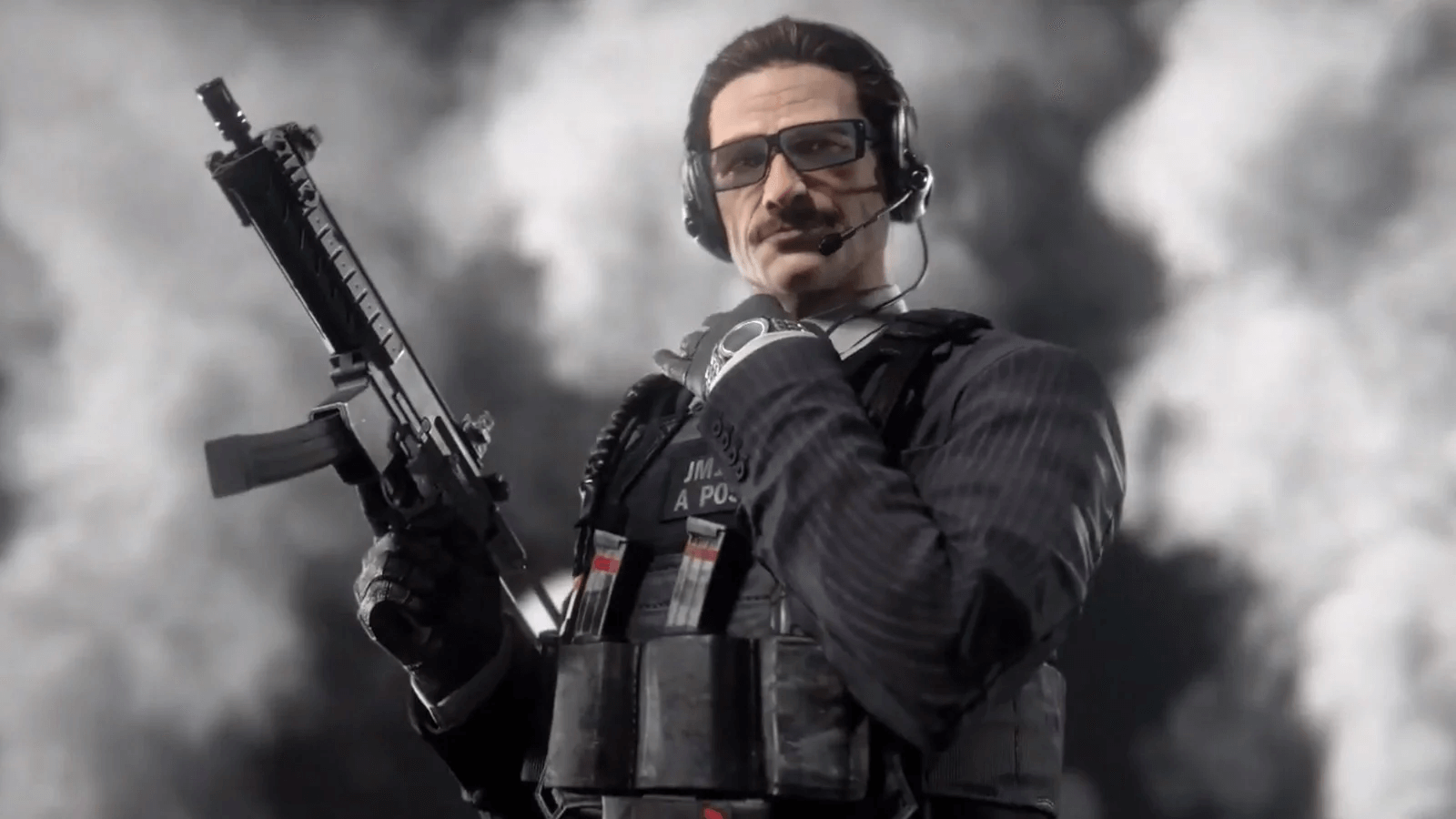 Just days after the reveal of mysterious attacker Nøkk, the Danish servicewoman that hunts from the shadows, Ubisoft has confirmed the second operator set to be released in the upcoming Operation Phantom Sight expansion.

"Hailing from the state of Kentucky, McKinley rose through the ranks of the Marines before he found his calling for close-protection detail in the Secret Service," Ubisoft revealed in their operator release. "He demonstrated his skills distinctly when he led the Secretary of State to safety, during an attack where hostiles outmaneuvered all prior planning."

Ubisoft's operator release video tells players Warden's real name is Collin McKinley, and that he's been working for the past 30 years ahead of linking up with Team Rainbow in the game's lore. It was also confirmed he was the roster's newest defender.

Warden has ties with both Team Rainbow, and the Secret Service, and apparently, his special ability is based around his glowing blue glasses - Glance Smart Glasses, Ubisoft revealed. While there's no hard confirmation of what they do, the reveal said they "reflect the nature of his natural talent, to see what most cannot in order to gain the upper hand in any given situation."

What do you think of the newly revealed operator? Do you have any idea what Warden's fancy new glasses might do when he finally drops into the live version of the game?