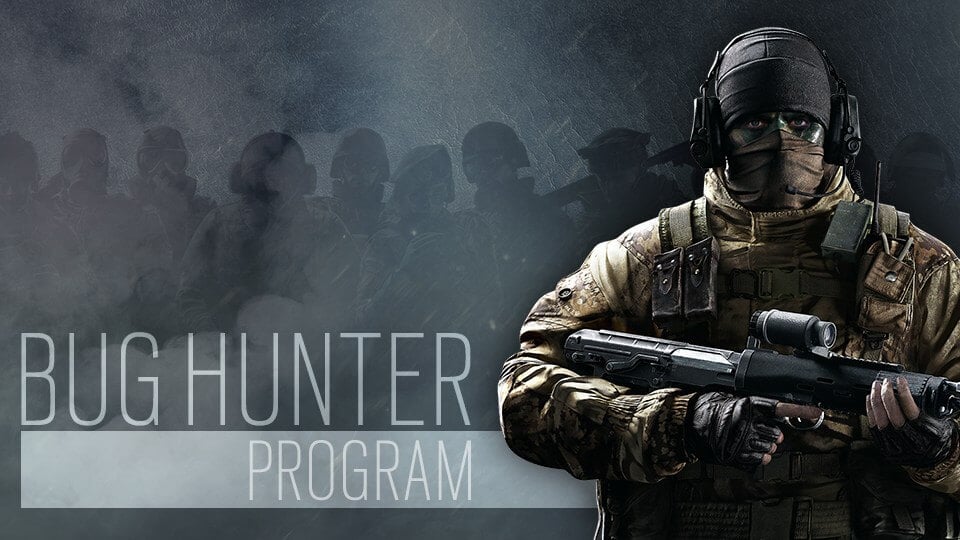 Ever seen a character T-posing through the wall, or someone glitching at the start of a round? Has parts of the map disappeared for you, or you haven't been able to plant/defuse the bomb in that critical moment (no, we don't mean when you just fail a clutch)?

If you hate bugs, and glitches, you may be perfect for Ubisoft's new Rainbow Six Siege test server. Titled the "Bug Hunter program", the game developers are looking to reward players who go out of their way to report new Siege bugs that need to be obliterated before they land in the live servers of the first-person shooter.

Any player who reports three test server bugs that are then confirmed with the Ubisoft official support team is eligible for these unique in-game rewards. For a bug to be acknowledged, you must first report it, and then have it be reproducible.

"Please note, all duplicated issues after this first report will be automatically discarded and will not count in order to get the rewards," Ubi's official statement read. "Once you reach the threshold of 3 issues or more marked as acknowledged, you will receive a very special reward."

The first reward from the program is one that old veterans may remember from the early days of the title's release. The "raptor legs" charm is a reference to the hilarious bug of the same name that would cause a player’s legs to grow and bend in ways that legs never should. Raptor-legged Frost is the charm on offer for now, but Ubisoft has more prizes planned for the future.

There are a few catches, unfortunately. One, it's only available on PC right now, meaning Xbox One and PlayStation 4 gamers are ruled out of the running of those sweet rewards. Secondly, the test server is a separate program for your computer to run and comes in at a whopping 60gb to install.

If you're both running the game on PC, and willing to chock up 60gb of your hard drive fixing the game we all love, send all feedback to forums, and the official game subreddit.

The Bug Hunter Program was activated on the test server on April 25th 2019 and will remain active until further notice. Rewards are distributed every other Friday.